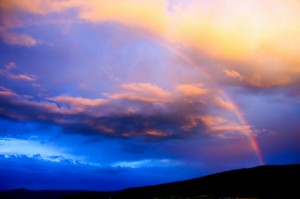 Just when I thought I had crossed all the hurdles, and was clear of heart problems once and for all, I began feeling the symptoms.  Was I imagining them, or were they real.  The old familiar jaw and tooth pain.  The throb in my left arm.  All happening when I would take a brisk walk, climb up a hill, do yoga, or  bounce on my mini-trampoline.

At first, I thought it was flu-related.  It seemed to appear just around the Holidays when I got sick with the flu.  So, I believed it would pass.  That I would feel better once I got stronger.  Or that perhaps, it was a cavity in my tooth.  But it wasn’t.  And instead of getting better, the symptoms got worse.

So I told my cardiologist.  He recommended an exercise stress test — which proved abnormal.

And that’s when I began to worry.  I worried that it was related to complications  from my last aortic-valve surgery, when my right coronary artery was impinged by scar tissue.  I worried it would mean more surgery.  That the stents used to correct the arterial impingement had collapsed — again.

My cardiologist didn’t know what to tell me.  He recommended a cardiac catheterization (angioplasty) to find out what was wrong.

So I had the catheterization.   And nothing was found.  Nothing at all. My arteries, my valve, my stents, were all beautifully healthy.  My blood appeared to be flowing perfectly.  Nothing appeared to be wrong.  Of course, I was happy.   All of this meant, no surgery!

But, despite my initial relief —  I was concerned.  Concerned that I had somehow mistaken my symptoms.  That I had just wasted time, effort, worry, and money on false symptoms.  I began to doubt myself.  And, I felt embarrassed.

Afterwards, I was determined to recover,  FAST.   I wanted to wipe the slate crystal clear.  So, I began exercising again. I alkalized my system with green drinks and seaweeds.  I cleared my energy with EFT.    But despite my determination,  my symptoms continued.  And I continued to waver between belief and disbelief in what I was feeling.

Then, at my follow-up visit to my cardiologist, all became clear.  According to my doctor, there is likely something amiss with my coronary capillaries. (What’s referred to as  Cardiac Syndrome X.) It’s a condition far more common in women.  It can be caused by a variety of factors, including post-menopausal estrogen deficiency.

For now,  I will take  the medication Ranexa, to dilate my capillaries.   And, as always, I will seek natural remedies to help me out.

I feel a lot better, stronger, and very relieved.  Relieved that I will not need surgery.  Relieved that my condition is treatable.  And most of all, I am relieved to know that I can trust my body to tell me the truth.

I am clear, at last.

Trust your body.  Listen to your symptoms.  Find health professionals who believe in you, even when the truth is hard to find.

To tap into your body’s truth, contact me for a free Intro-to-EFT (Emotional Freedom Techniques) session.  By skype or phone.